Your message has been sent!
Thank you for contacting us. We will get back to you as soon as possible.
send a new message
close
Please login for the restricted user area here. It is designated for authorised users only.
Your message has been sent!
In hac habitasse platea dictumst. Vivamus adipiscing fermentum quam volutp.
send a new message
close
Home
About
Partners
Contact
login
logout
Press Legal notice
return
Words by Claudia Augustat

What remains at the end 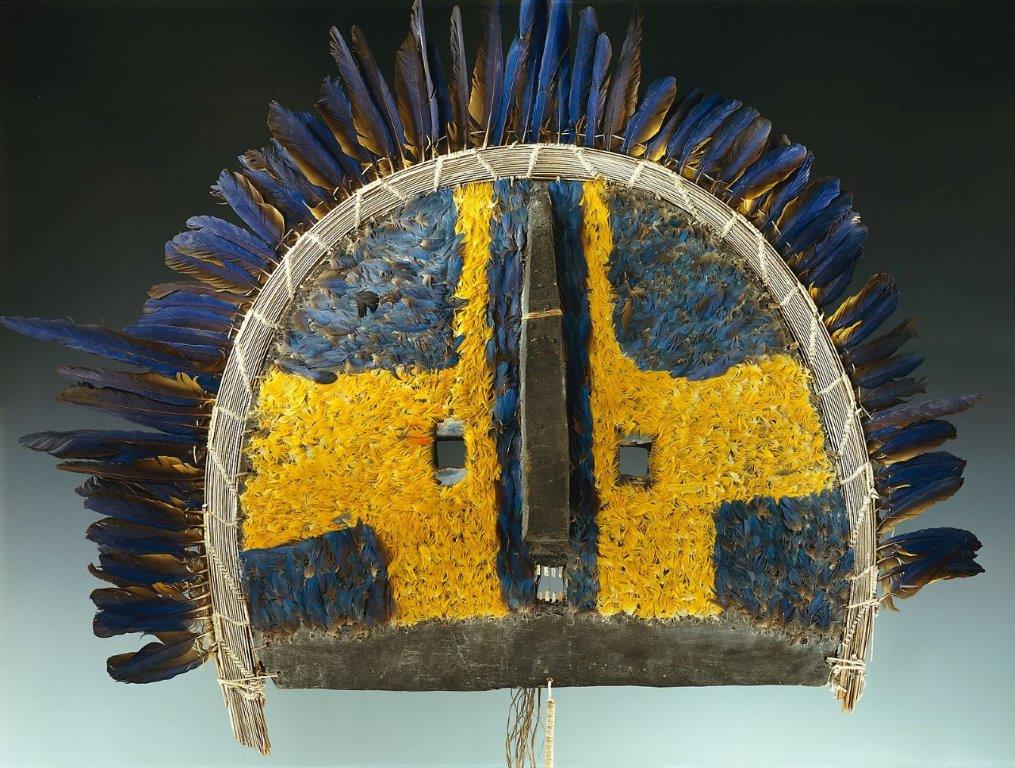 Mask from the Tapirapé, Brazil before 1964, Coll. Malkin Photo: KHM-Museumsverband

I am writing this text in August 2019. Amazonia is in flames. Every day my Facebook account is flooded with messages that will not extinguish the fire. My feelings? Anger, frustration, disappointment, grief, helplessness.

The first time I am in the rainforest is in 1997. I am lying in a hammock at the Rio Casiquiare in Venezuela. I hear something gurgling in the river. I stretch the mosquito net which is affixed to my hammock and take a peak outside. I spot river dolphins bobbing around in the water. They are the souls of deceased children. I feel secure here: in the hammock, under the mosquito net, at the river, in the rainforest. Alexander von Humboldt was here as well. Him we remember. In Berlin they are building a palace in honour of him and his brother. On the island in the Spree river, they might soon put a dance mask of the Tapirapé on display to remind us of their lives in the rainforest.

In the language of the Tapirapé, a dance mask is called tawa. There are not a lot of people speaking this language anymore. According to statistics, there were 760 speakers left in 2014. In Portuguese the dance mask is called cara grande: the large face. It is the spirit of a killed enemy. Perhaps of a Karajá or a Kayapó: the neighbours of the Tapirapé. Barbaric neighbours they fear. Thanks to the masks and the power of the shamans, they become controllable through dance. Their enmity is characterised by coexistence. You rob your enemies of their songs, spirits and masks. Also of their women and children. Such enmity includes the quality of kinship.