Your message has been sent!
Thank you for contacting us. We will get back to you as soon as possible.
send a new message
close
Please login for the restricted user area here. It is designated for authorised users only.
Your message has been sent!
In hac habitasse platea dictumst. Vivamus adipiscing fermentum quam volutp.
send a new message
close
Home
About
Partners
Contact
login
logout
Press Legal notice
return
Words by Ashley Coutu

The Speakers and Discussants of the 'Matters of Care: Museum futures in times of planetary precarity' Conference 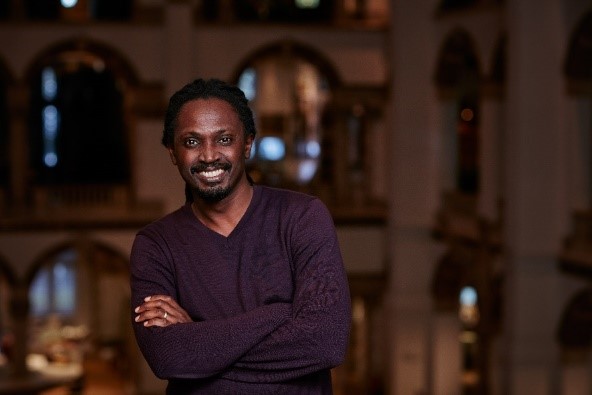 Wayne Modest is the Director of Content, National Museum of WorldCultures, Wereldmuseum Rotterdam, Head of the Research Center of Material Culture and Professor of Material Culture and Critical Heritage Studies in the faculty of humanities at the Vrije Universiteit, Amsterdam (VU). Modest was previously head of the curatorial department at the Tropenmuseum, Amsterdam, Keeper of Anthropology at the Horniman Museum in London, and Director of the Museums of History and Ethnography in Kingston, Jamaica. 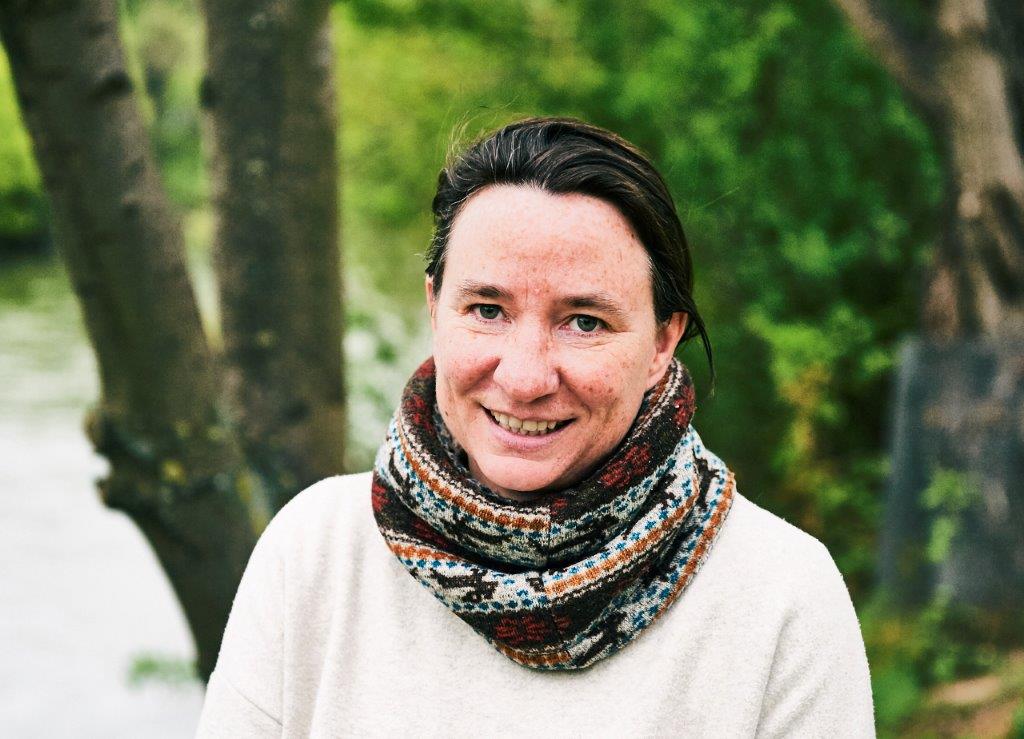 Claudia Augustat is head of the project TAKING CARE: Ethnographic and World Culture Museums as Spaces of Care, co-funded by the European Union and initiated in October 2019. Claudia has been curating the South America collections at Weltmuseum Wien since 2004. Her research focuses on collections from the Amazon and Tierra del Fuego, material culture and cultural memory, museum and colonialism, collaborative curatorship and decolonising museum practice. 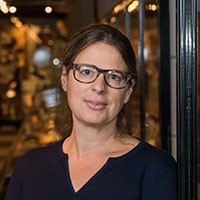 Laura Van Broekhoven is the Director of the Pitt Rivers Museum, Oxford. Laura's current research interests include decoloniality, reconciliation and redress, with a focus on the importance of collaboration, inclusivity and reflexive inquiry. 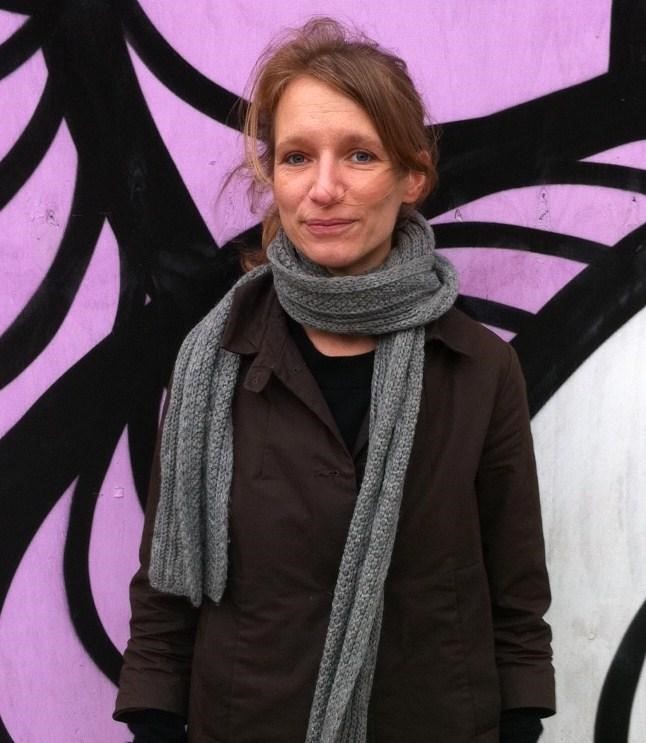 Pauline is a Senior Lecturer in Anthropology at Goldsmiths, University of London. She is an environmental anthropologist with research interests in mining, youth and patronage politics, science policy processes, infrastructure, multi-sited ethnography, political ecology and environmental justice. She currently holds a Leverhulme Major Research Fellowship (2018-2021) for the project Red Gold: A Global Environmental Anthropology of Palm Oil. 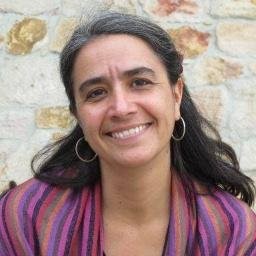 Iokiñe is a sociologist and Senior Lecturer in Environment and International Development at the University of East Anglia.  Her work on environmental conflict transformation focuses on issues of local history, local knowledge, power, environmental justice, equity and intercultural dialogue. This has led to her building local and institutional capacity to transform environmental conflicts in Venezuela, Guyana, Ecuador, Chile, Bolivia and Colombia. 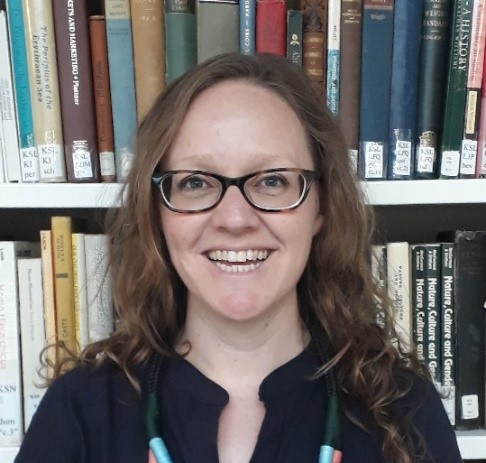 Ashley is an archaeologist and Research Fellow at the Pitt Rivers Museum, University of Oxford.  Her research on the ivory trade draws on historical ecology as an approach for understanding the relationship between humans and elephants in the past and present. 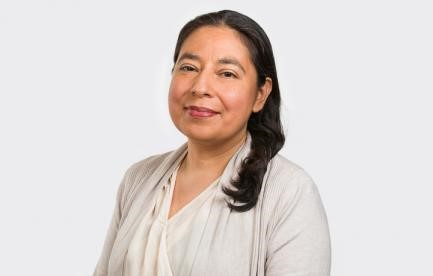 Itandehui is a filmmaker and Lecturer in Film & TV in the Edinburgh College of Art, University of Edinburgh. Her films have been shown at film festivals such as the Short Film Corner of Cannes, and have won various prizes, including first prize at the Bluestocking Film Series festival in Portland for her film Alma y Esperanza. Itandehui is particularly interested in representations of diversity in film. Her practice-based research explores questions of identity, cultural heritage and human connections to and interactions with landscape. 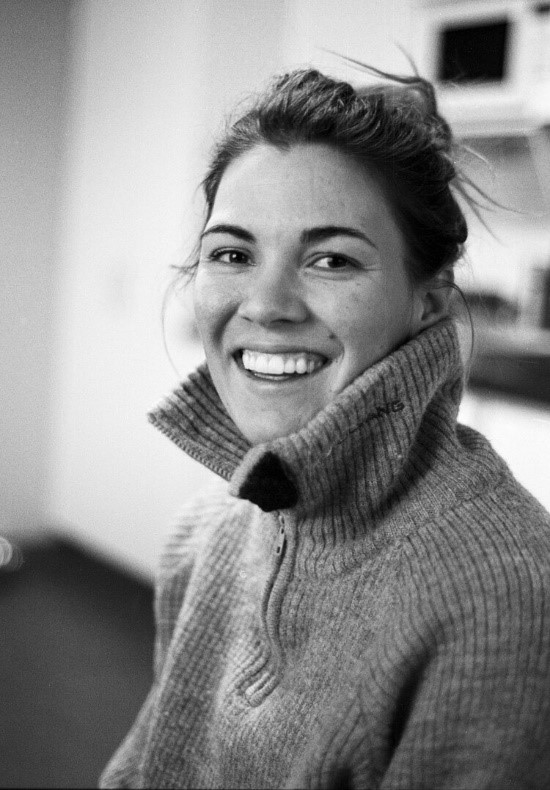 ‘Eyes on and from the changing Arctic’

Camilla Andersen is a documentary photographer and filmmaker from Alta, northern Norway. Her work has political views on both social and anthropological issues related to cultural diversities, climate change, environment, gender and sexuality. She is currently part of an exhibition at Nordiska Museet in Stockholm, where she has filmed and created several short documentaries showing how climate change has affected different communities and people of the Arctic: https://www.nordiskamuseet.se/en/exhibitions/arctic-while-the-ice-is-melting 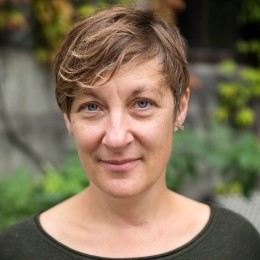 Lotten is Associate Professor in Ethnology, Stockholm University and holds position as Hallwyl's Visiting Professor of Ethnology at Nordiska Museet in Stockholm.  She has led a number of major collaborations involving collective research, teaching, artistic and curatorial activities, including focusing on the colonial heritage of ethnographic museums in Europe and the Arctic in the light of climate change, including leading on the exhibition Arctic - While the ice is melting at the Nordiska Museet in Stockholm. 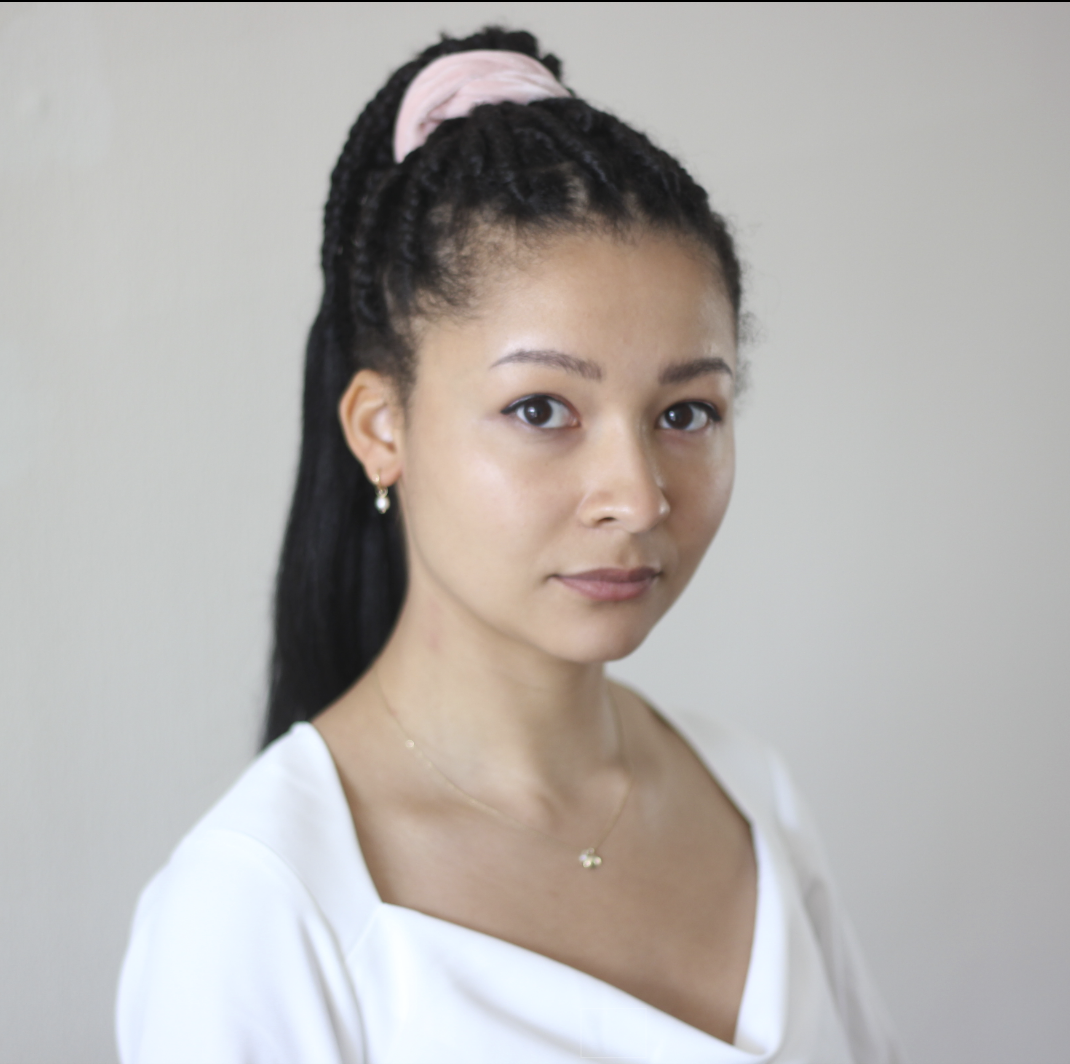 Graduating from the Institute of Archaeology, University College London with an MSc in Bioarchaeological and Forensic Anthropology, Thandiwe has a background in heritage and currently works at the Pitt Rivers Museum. Her areas of interest include audience engagement, collections care, and ethical practice in cultural heritage.

Watch the recording of this session here

Matters of Care: In Conversation with Cissy Serrao 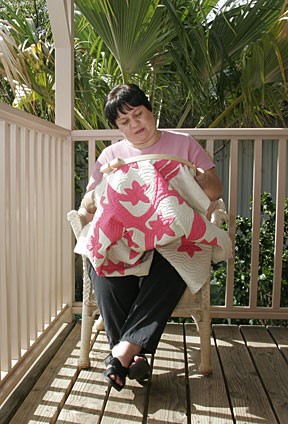 ‘The Art of Hawaiian Quilting’

Cissy Serrao is the founder of Poakalani & Company, a quilting guild and school in Honolulu, Hawai’i, established in 1988 by Cissy’s parents, Poakalani and John Serrao.  Her parent’s philosophy in creating this guild was to preserve and appreciate the cultural heritage of Hawai’i. 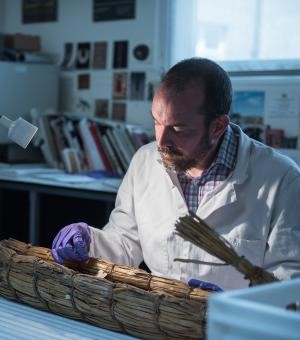 Jeremy is Head of Conservation at the Pitt Rivers Museum, University of Oxford.  He is interested in research into materials and construction techniques using non-destructive scientific techniques.  He is also currently conducting research into pesticide residues on museum objects, and whether these residues potentially have an impact on human health. 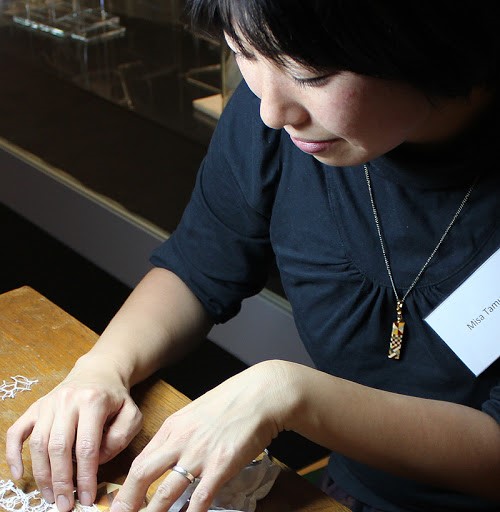 Misa is a Senior Conservator on the Talking Threads textile research project at the Pitt Rivers Museum, University of Oxford. She is also Chair of the Institute of Conservation Ethnography working group.

Matters of Care: In Conversation with Subhadra Das 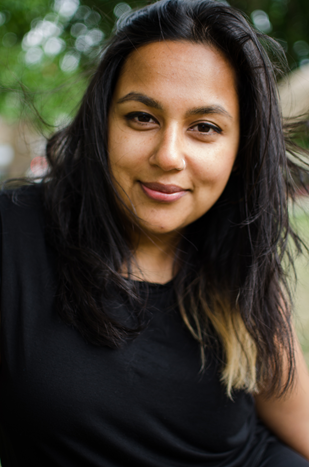 ‘Taking Care of Business: What is a Museum For?’

Subhadra Das is a writer, historian, broadcaster, comedian and museum curator. Her main area of research is the history and philosophy of science and medicine in the 18th and 19th centuries, particularly in the science of race and eugenics.  She uses museum objects to tell decolonial stories in engaging and affirming ways. 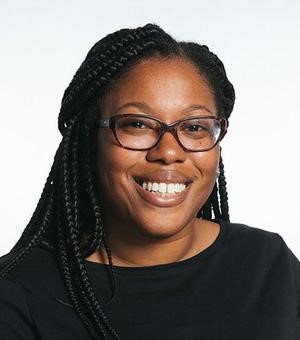 Marenka is a Research Associate at the Pitt Rivers Museum and a doctoral candidate at the University of Glasgow. Her doctoral research explores Glasgow’s role in the trans-Atlantic slave trade through the material culture housed at Glasgow Museums.  At the Pitt Rivers Museum, she is the researcher on the Labelling Matters project, which investigates the problematic use of language within the Pitt Rivers Museum's displays and thinking through ways of decolonisation through re-imagining the definition of a label.

Watch the recording of the session here.

Matters of Care: In Conversation with Naman Ahuja 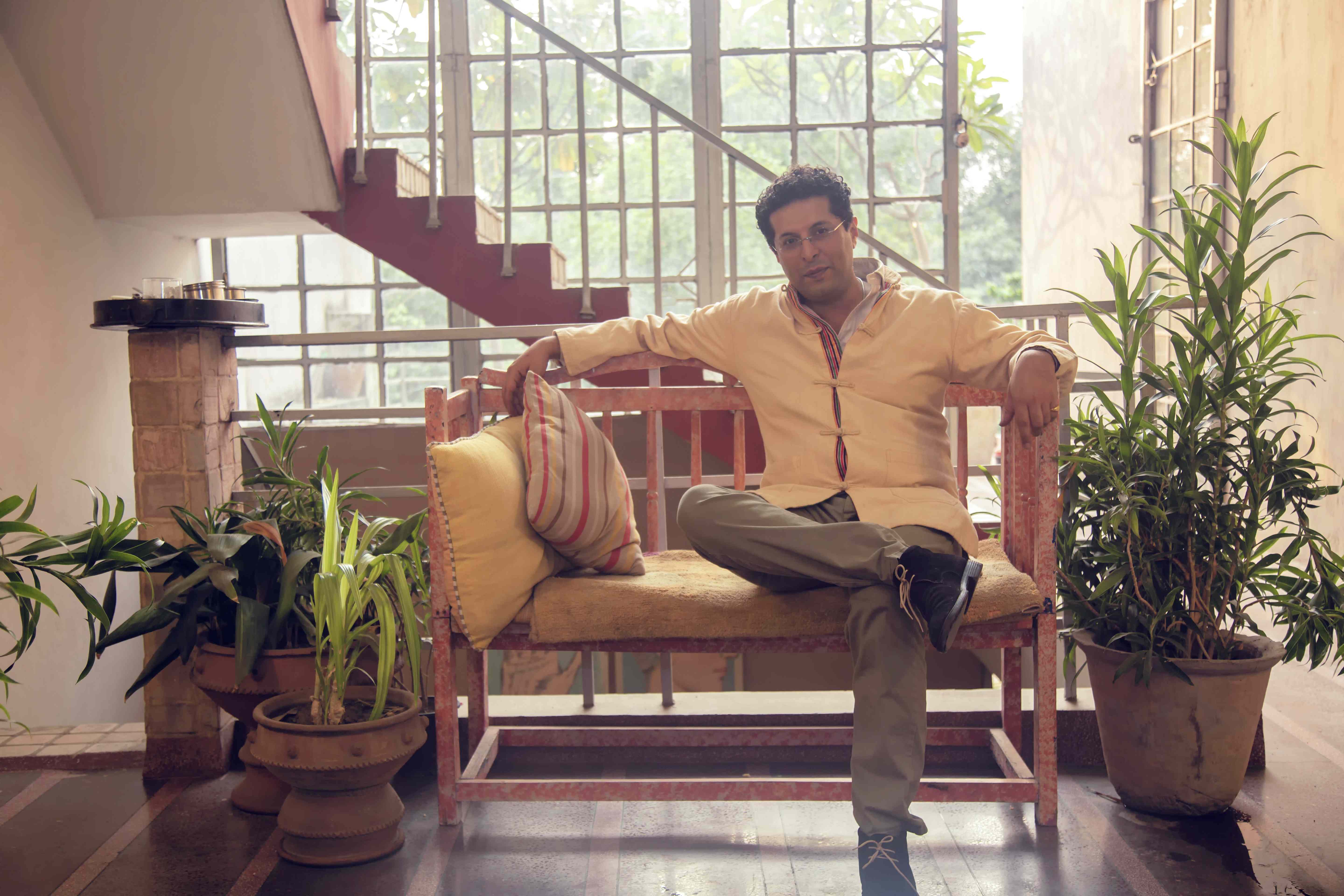 ‘From India IN the World to India AND the World’

Naman Ahuja is an art historian, curator, and Professor of Indian Art and Architecture at the Jawaharlal Nehru University in New Delhi, India. His research and teaching focus on Indian iconography and sculpture, temple architecture and Sultanate-period painting. He has curated a number of exhibitions in museums across the globe, including the critically acclaimed exhibition on The Body in Indian Art and Thought, which was shown at the Palais des Beaux Arts in Brussels and the National Museum in Delhi in 2013-14. He is also the editor of Marg, India’s leading magazine and journal on the arts. 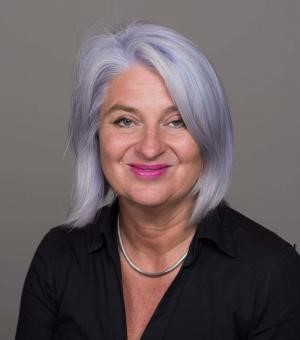 Clare Harris is Curator for Asia Collections at the Pitt Rivers Museum and Professor of Visual Anthropology at the Institute of Social and Cultural Anthropology, University of Oxford. Her pioneering work on Tibetan art, visual culture, material culture, photography and museums has received global recognition. Clare’s work on Tibet and its diaspora has been informed by her wider interests in contemporary art and aesthetics, the politics of collecting and, and a critical approach to the impact and aftermath of British imperialism in India and Tibet.