It was in Spring …, a documentary film by Kanika Gupta (30 min)

There is a tradition in India, an old one, in which clay idols of deities are made for special occasions like Diwali, Durga Puja and Ganesh Chaturthi, as well as other festivals. There are huge idols made for big public shrines and small ones which are for private use, for a household. Traditionally, both these were made by the potters’ community who, until some time ago, used natural ingredients and colours for making these images and decorating them. Alas, with the coming of industries, chemical colours and material, even metal, have been massively adopted. The design and aesthetics are changing, just as the creators of these images are. The imagery is no longer the creation of the potter’s community alone. After the consummation of the ritual, for which these images are specifically created, the ones made for public ceremonies are taken to the river in a procession and submerged in its holy waters. Private images are often packed in plastic and simply thrown in the river. The idols which were, in old times, made of clay and natural colour would dissolve in the river water, living up to the metaphor of life that the ritual professed. We are born from the waters and there shall we dissolve when the end arrives. The cycle of life shall thus continue, while one is born, lives and goes back to the womb of mother nature in the form of holy waters. 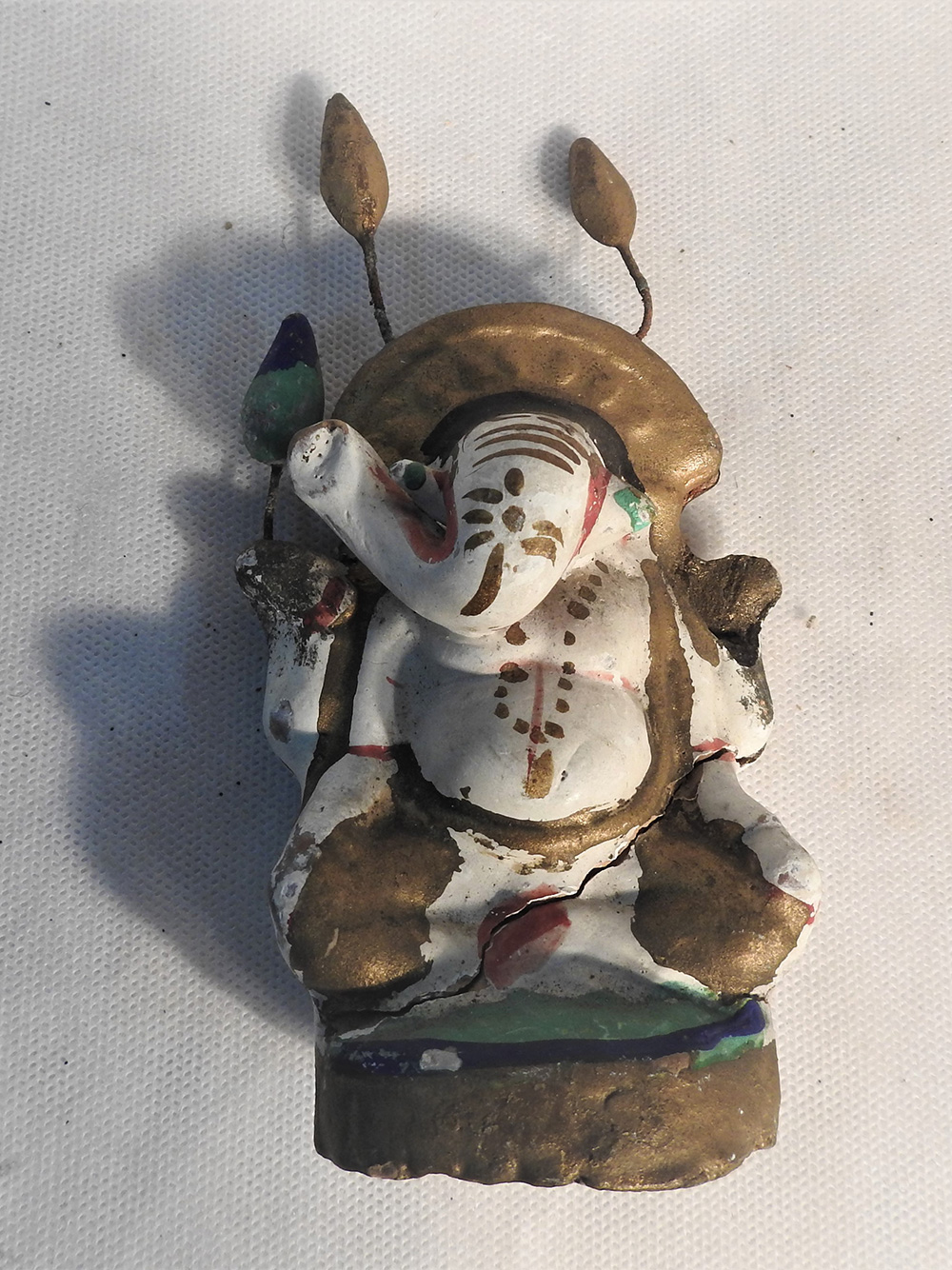 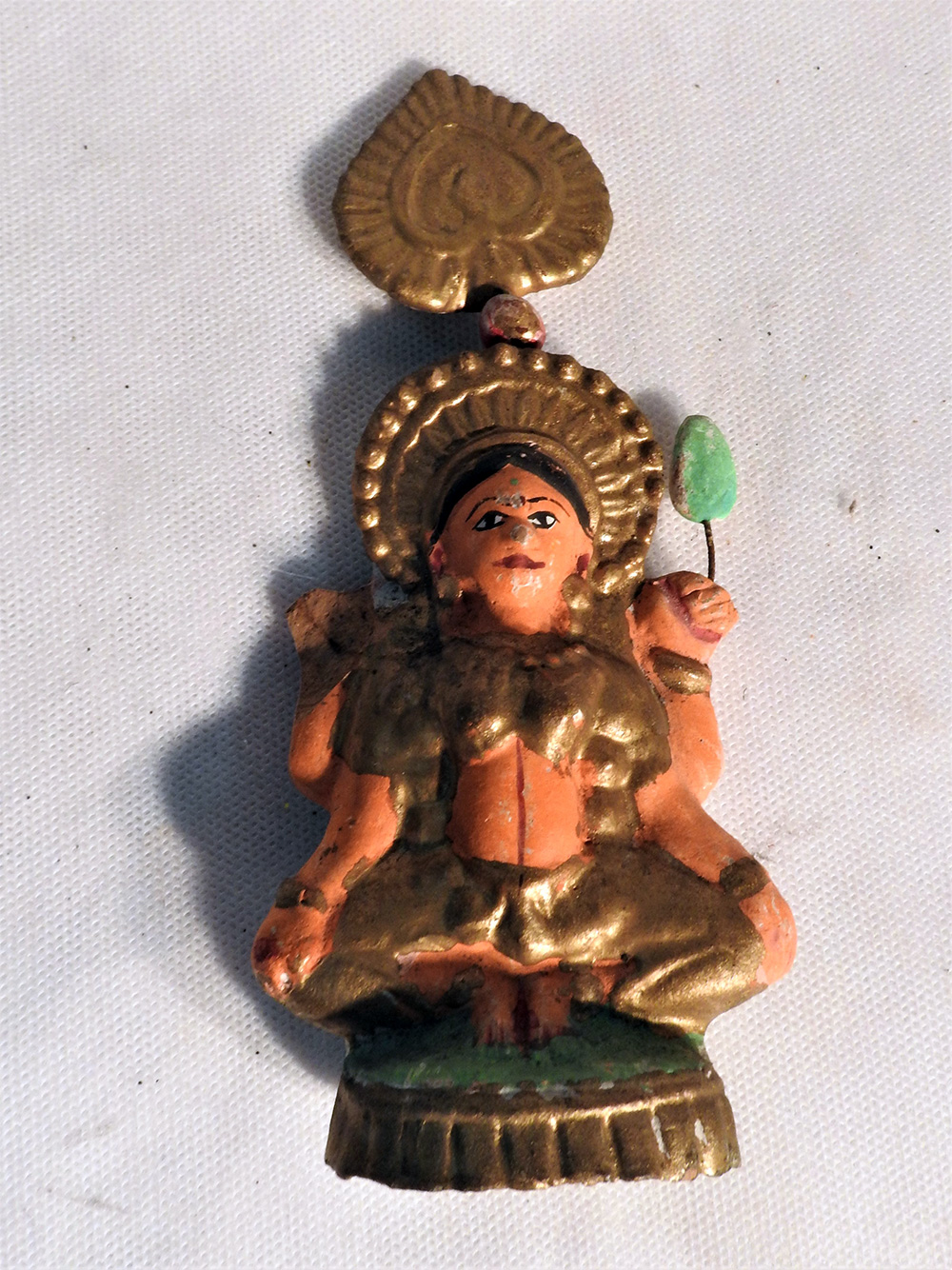 The deep poetic metaphor of this ritual is ironically now lost as these images nowadays mainly consist of chemicals. When put into water they refuse to dissolve, as if declaring a war against the cycle of life and death, and wanting to live forever, craving immortality, typical of the modern times. This immortality is simply an illusion, a short-lived bubble which only kills sooner than natural death. It kills the flora and fauna of the water, and does not spare human life since the toxins mix with soil, water and thus percolate into everything edible, consumable. In the very same way, human societies are moving towards supposedly better construction materials and techniques, better architecture, leaving behind the values of traditional ecological building methods and ways of living.

The film It was in spring … is the story of a middle-class Indian family, which strives towards a better life subscribing to the idea of a better house, successfully sold to most people by capitalism. It is a once in a lifetime event for the family, since all the collected wealth of a generation is consumed in the process. Alas, trees, plants and traditional settings are given up for modern aspirations which excite the minds of everyone around. The camera in the film witnesses the last year that the house lived, before it was brought down. When Diwali arrives in the month of Kartik according to the traditional Indian calendar, on a no moon night, clay idols of the goddess of wealth, Lakshmi, and god Ganesha, the remover of hurdles, specially made for the occasion are worshipped in the house. These idols shall be put to water after the ritual. Worshipped for prosperity, unfortunately, these idols in that year have nothing to offer to the house whose fate is sealed. The oil lamp in front of the print of the deity, ironically remains unlit, forgotten, ignored. Are these indications? Or is someone lamenting the coming of loss?

There are no loud sounds of demolition in the film, no obvious sense of loss, no one grieves. There is only silence, a lot of silence. Life goes on, from season to season. Rituals are kept. The clay idols are worshipped and given up to the holy waters. In the film we see seasons changing, from spring, to summer, to rains, to winter and then spring again. Through the eyes of a tree, which is the last surviving being of its species in the house that once stood, we witness the last year as this house saw, its last fragrance, last roses, last festivities, its last thunder and the last drops of scented rain. This film is a journey of transition, of learning to let go. It is also a statement against the extremely fake and capitalist culture of cement and plastic that is sold to us every day.