The Indian Collection with Slovene Ethnographic Museum in Ljubljana

Wooden combs, jewellery pieces, coin pouches, hand fans and a few textiles mark a certain time within each of these craft traditions and present how these living traditions have changed over a century. Due to the perishable nature of materials like wood and fabric, it is not easy to find many objects of everyday use even from recent past. In India, many craft traditions are still alive, and though they are in a constant state of flux, their roots lie in the ancient past. Slovene Ethnographic Museum collection becomes all the more important when viewed as a significant marker in this change. 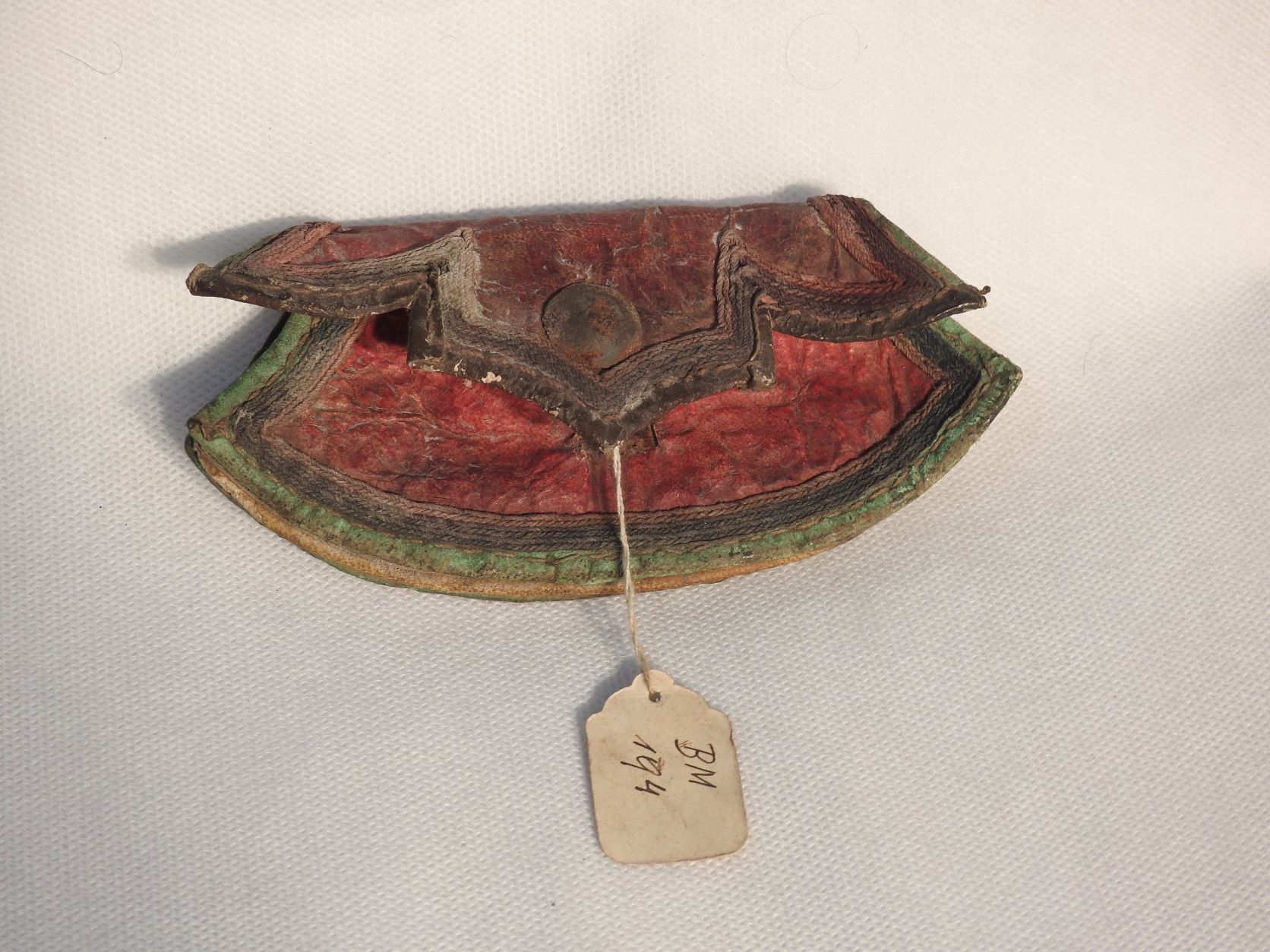 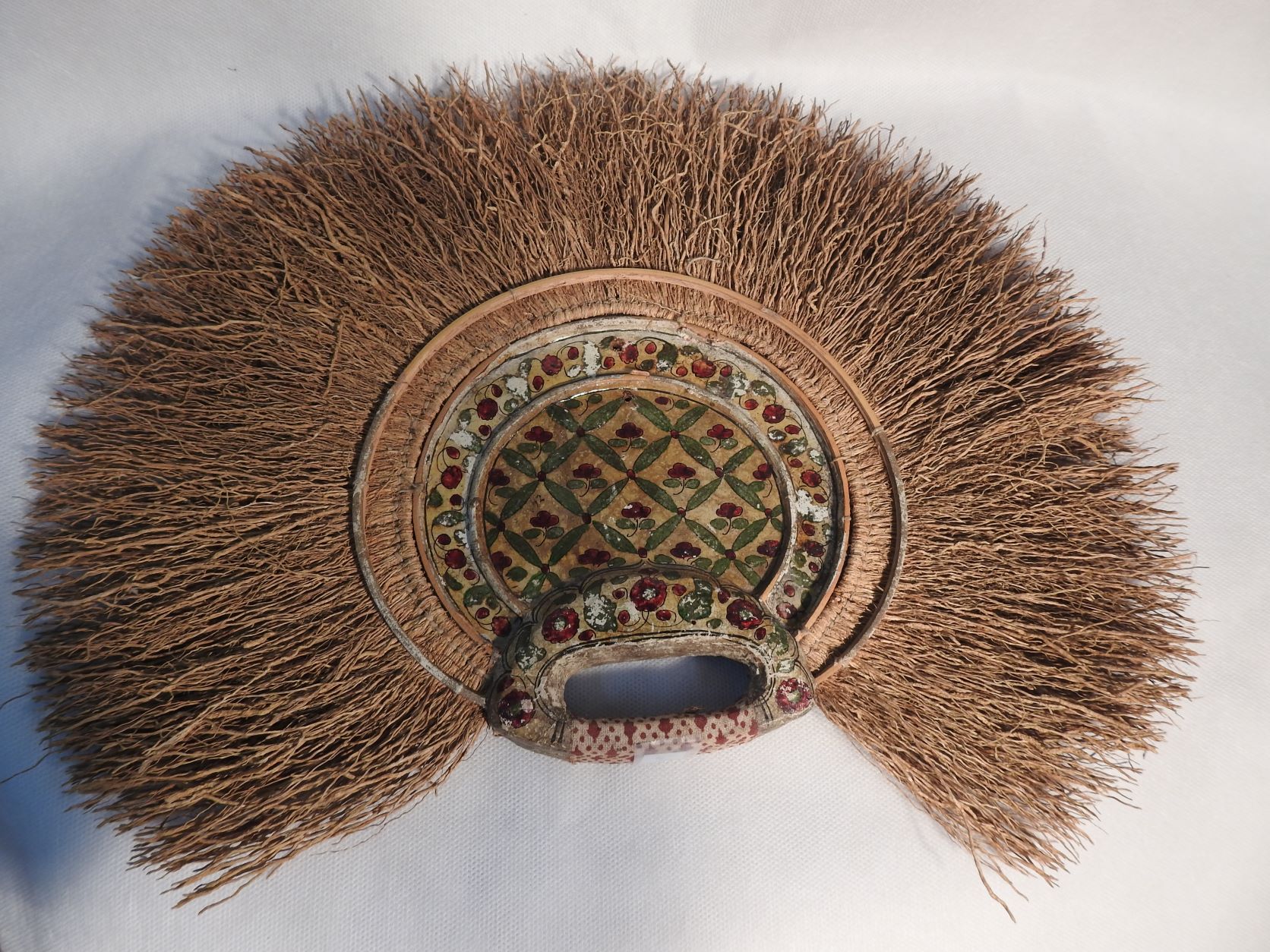 The colonial prints within this collection tell the story of how European oil painting tradition  influenced the way Indians percieved their deities. Unfortunately, with the coming of the British academic art schools, Indian art making traditions of painting and sculpture were completely sidelined in favour of a foreign aesthetics. A change in this aesthetics was accompanied by a shift from the hand made to industry made at a large scale in India which inevitably led to massive deforestation and encroachment of water bodies and river banks. 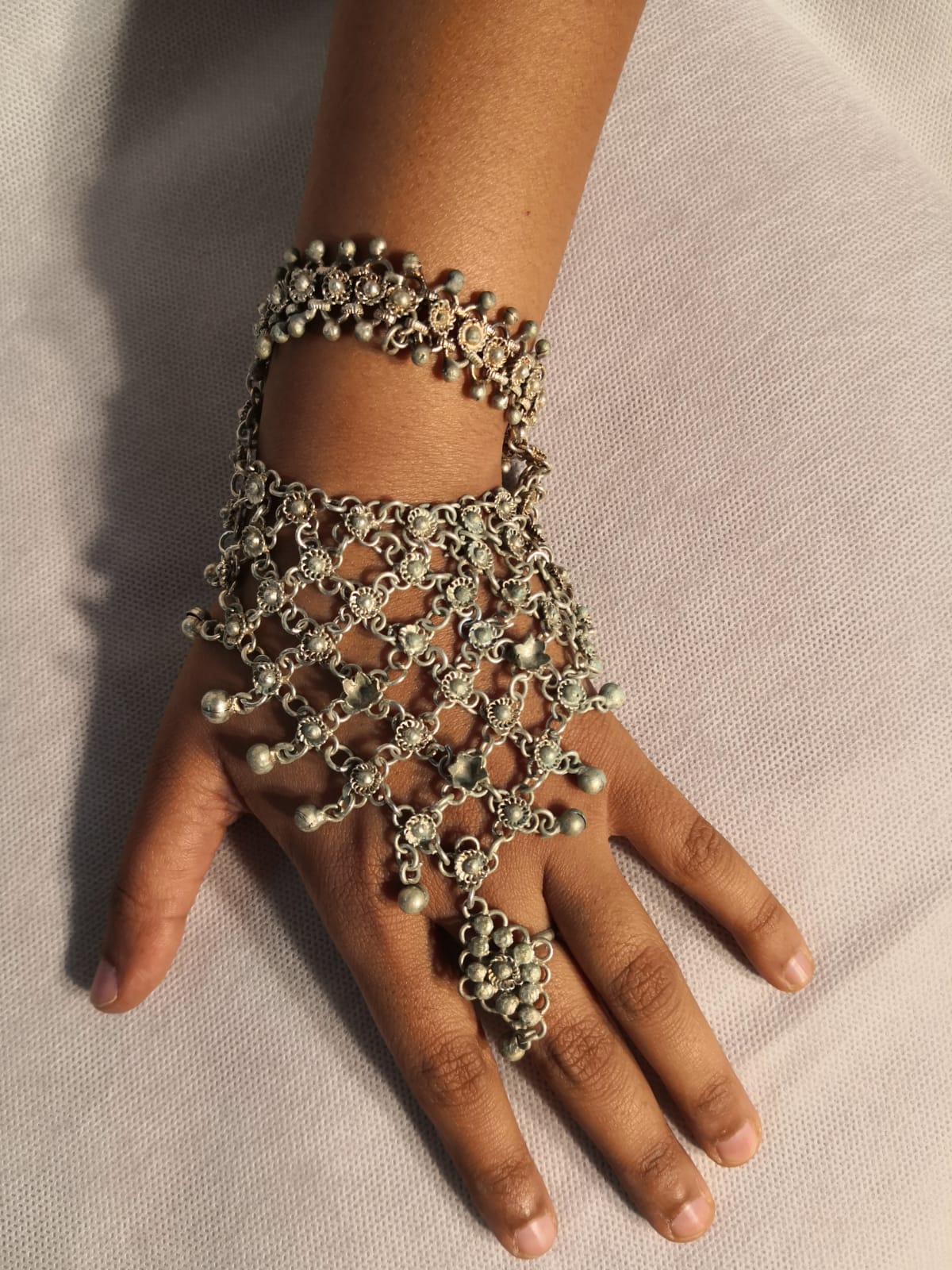 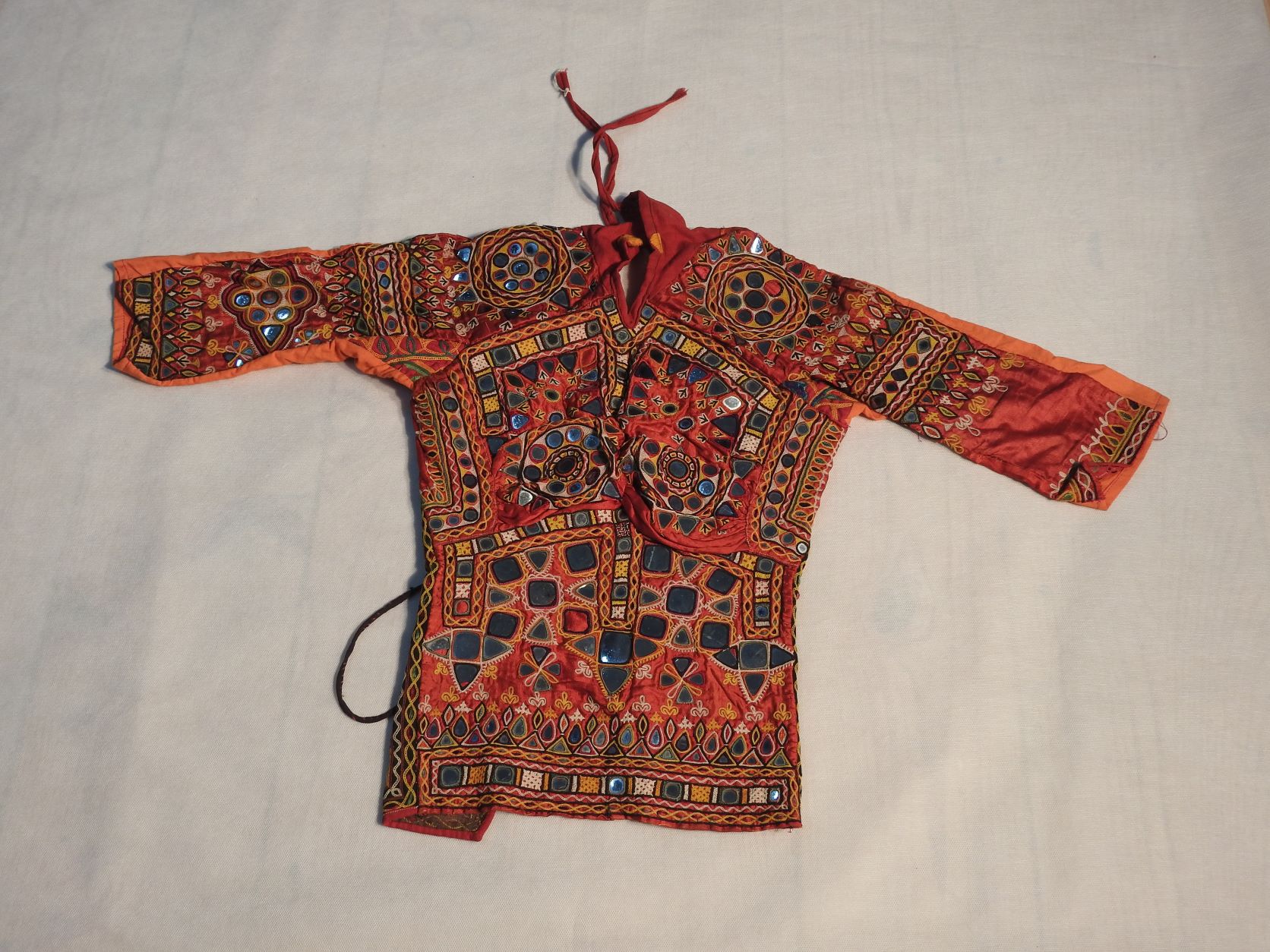 In my art works, the documentary film, It was in spring … and performance, The cursed land of lustful women, I have attempted to move towards an aesthetics closer to nature, which was inherent in India's ancient past but now seems to have got lost.

Along with curator Tina Palaić, we selected four terracotta figurines from the museum collection and displayed them along with the screening of the film which created a context for the rituals behind the imagery. Tina was a constant spectator during the several experimentations and rehearsals carried out during the making of the performance and in our hunt for old trees within the urban spaces of the city of Ljubljana. It really has been a treasure hunt! 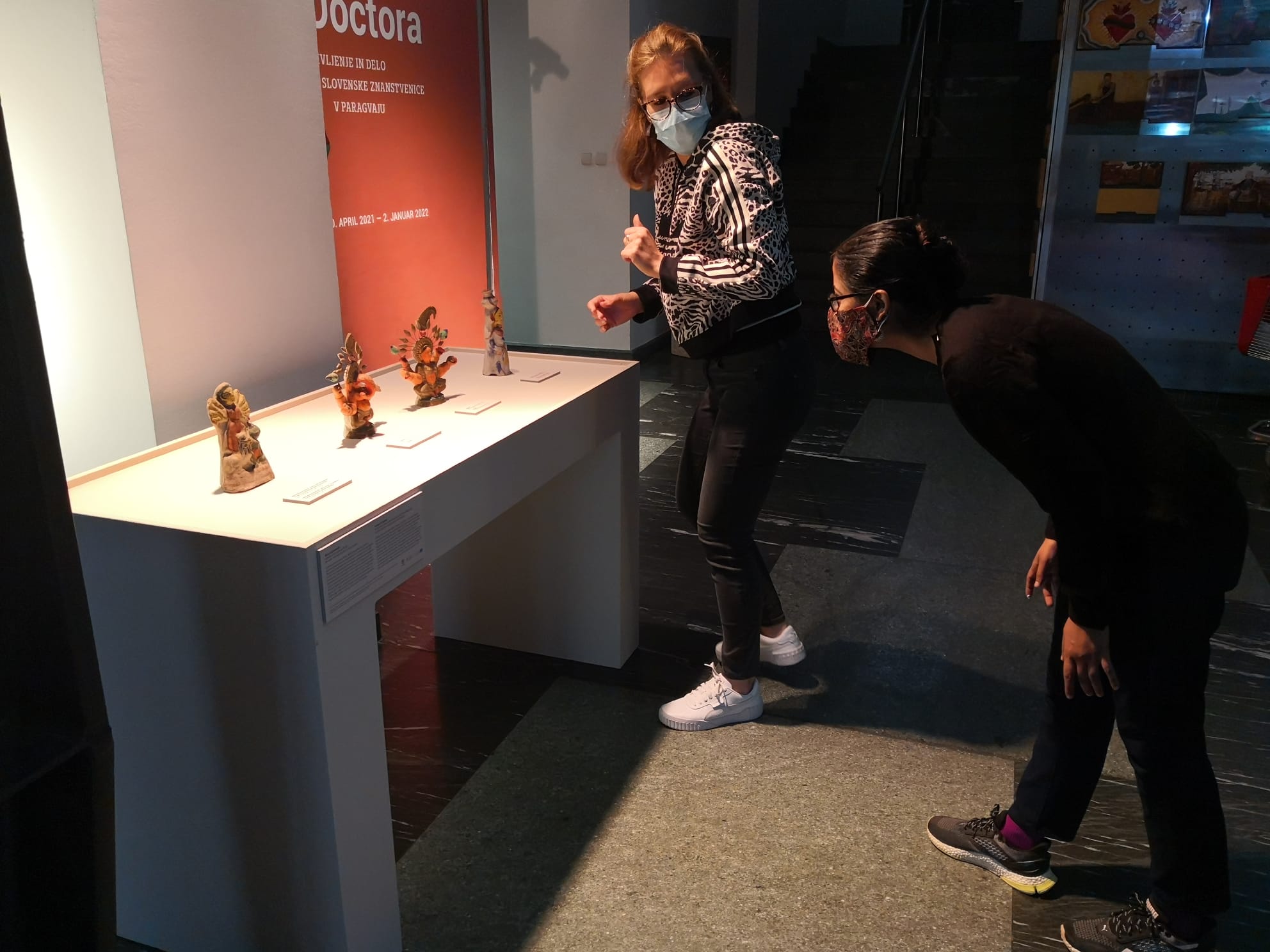 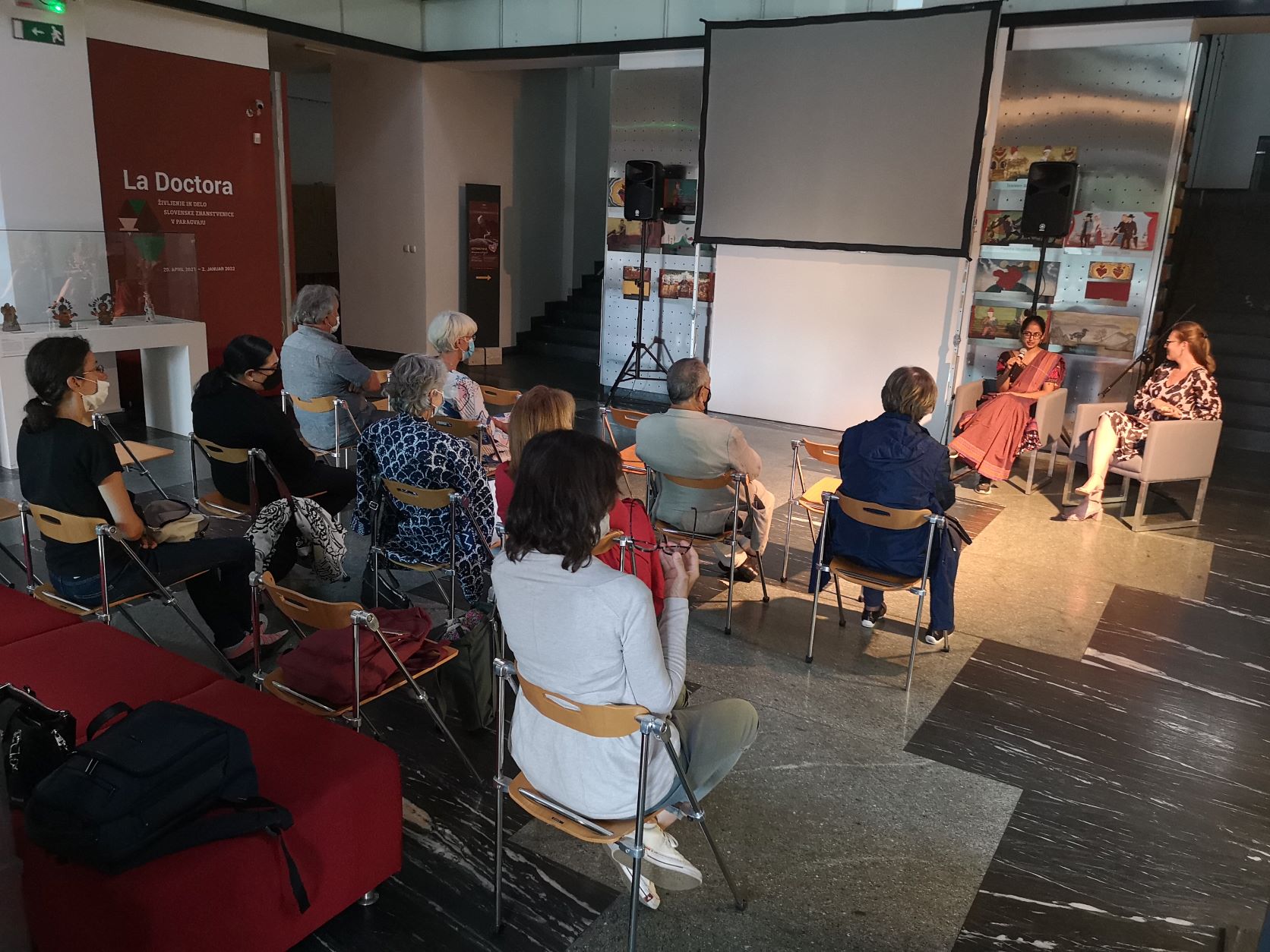 Conversation with Kanika Gupta held after the screening of the documentary film It was in Spring ... Photo: Marko Frelih

I shared ancient Indian poetry on trees during my performance and it was my deep desire to hear back from people, especially in Slovenia. This thought led to an announcement of poetry submission in Slovene or English. What I recieved often filled me with tears and yet love. It is indeed a profound feeling to become aware that one is not alone being in love with nature and trees. Tina shared every bit of this process and was kind enough to translate in English every Slovene word I held in my hands. 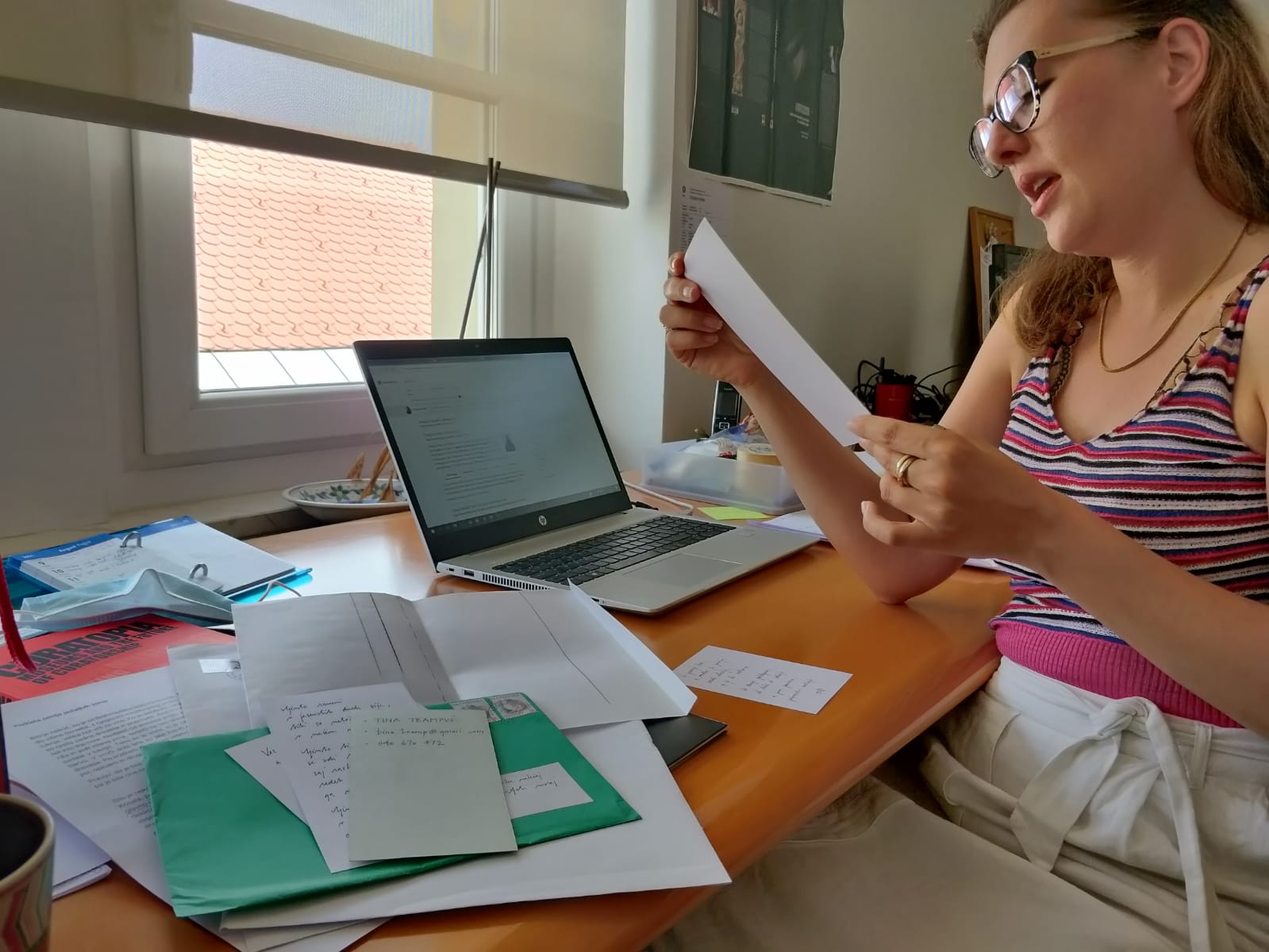 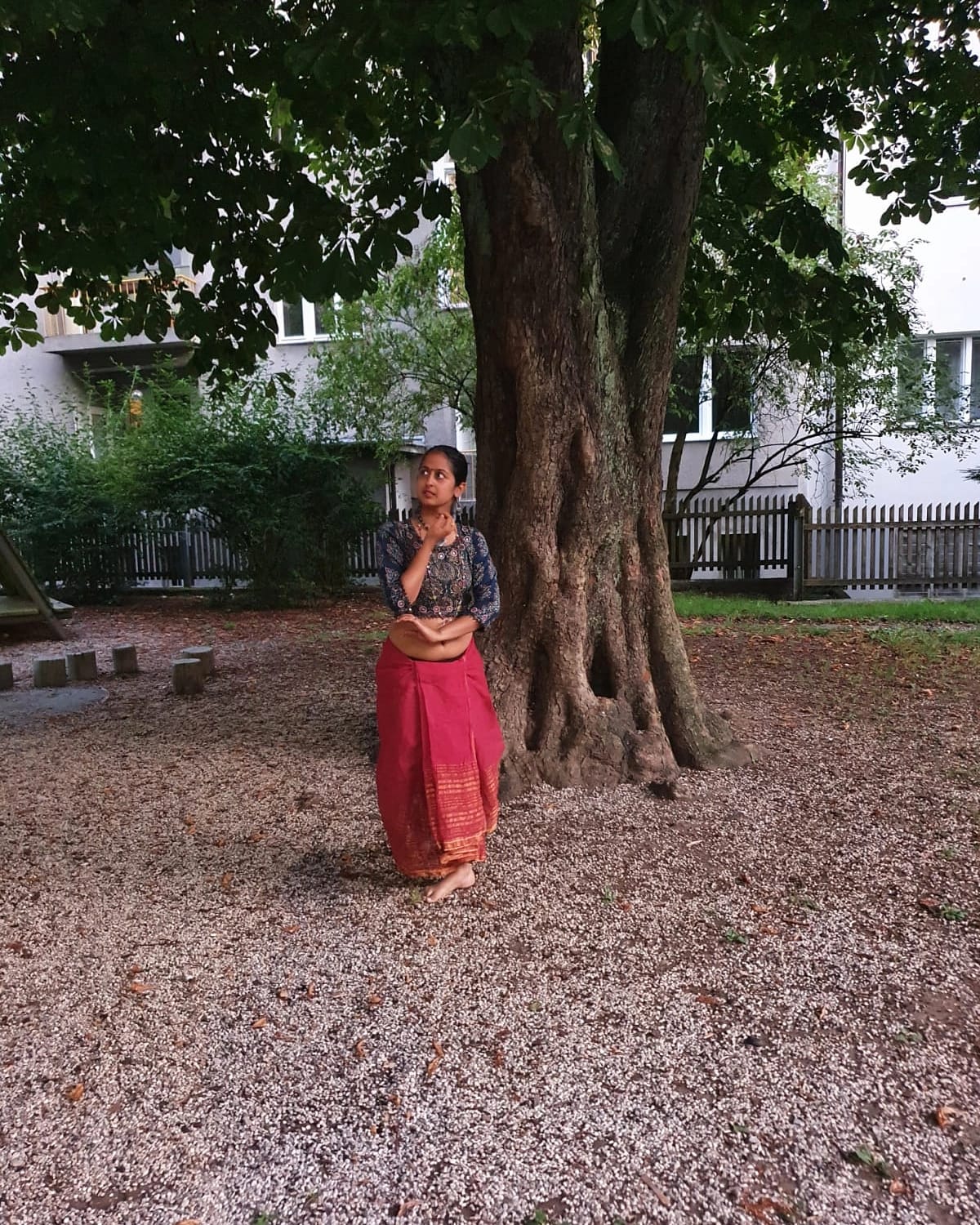 This is not the end, it will never be the end. There is no end. So, I shall leave you with a few thoughts …

Living traditions of making textiles and household articles are ecologically viable, more friendly to the body and keep small scale industry alive thus supporting a kind of economy which focusses on Gross Domestic Happiness and not Gross Domestic Product, a philosophy that guides Bhutan. In a world with increasing economic disparity and drastic climate change, craft traditions, homegrown and homemade must act as our polar star.

recent articles
My Life, My Music with Kanika Gupta
Recommends
Workson
Arts
Follow us on Instagram and get updated with our latest content!
Artistic Residency at Mucem
takingcareproject
Arts
Workson