Your message has been sent!
Thank you for contacting us. We will get back to you as soon as possible.
send a new message
close
Please login for the restricted user area here. It is designated for authorised users only.
Your message has been sent!
In hac habitasse platea dictumst. Vivamus adipiscing fermentum quam volutp.
send a new message
close
Home
About
Partners
Contact
login
logout
Press Legal notice
return
Words by Asta Mønsted

Sometimes we preserve things best by renewing them 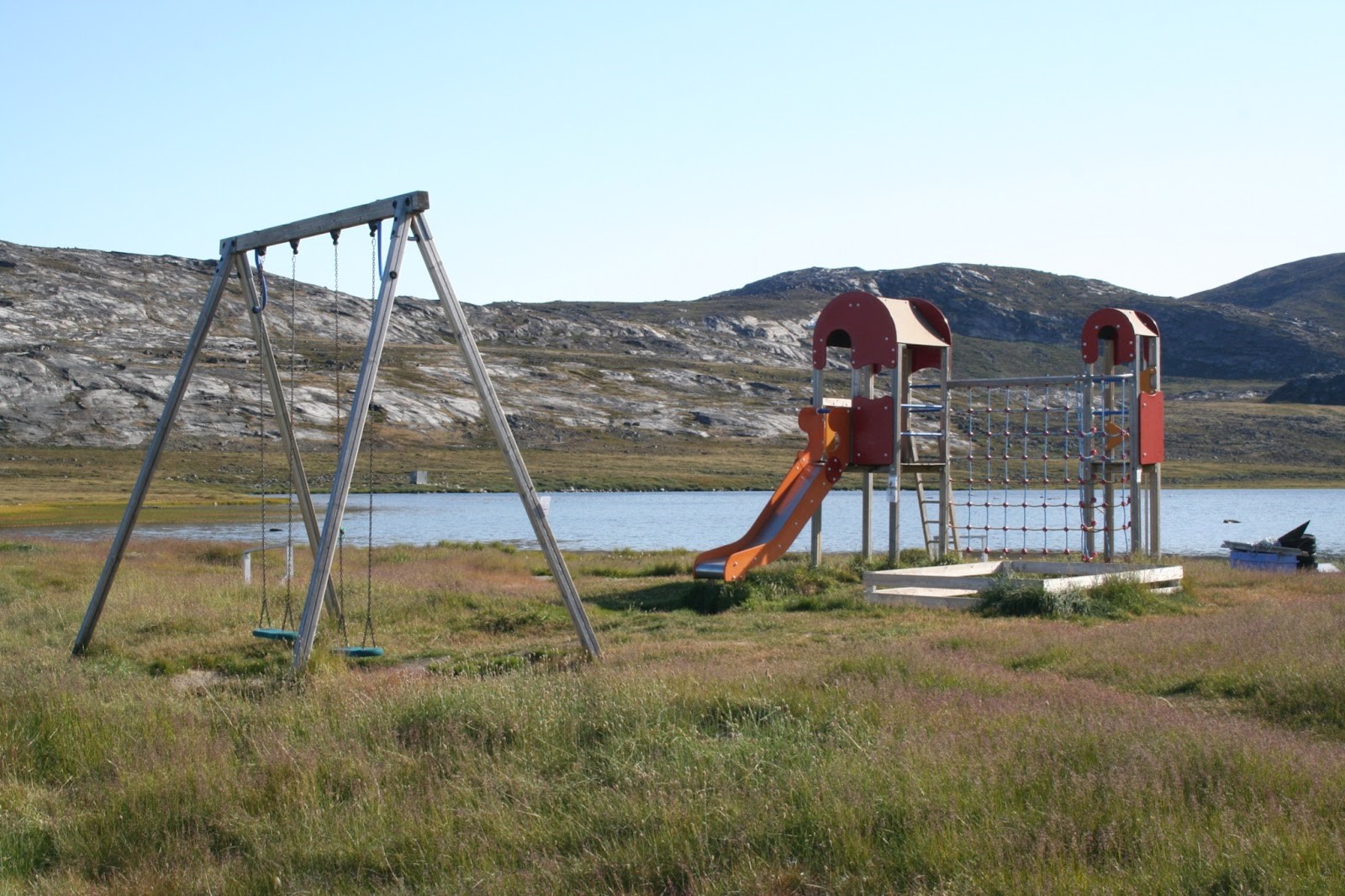 Photo: The playground at Ilimanaq village in West Greenland is quite typical of the country. Photo: Asta Mønsted

Take a look at the picture above. You have probably seen a playground very much like this where ever you come from, and where ever you have been. Because, although there is nothing wrong with it, this playground is quite ordinary.

Now, imagine if this playground instead displayed elements reflecting the cultural heritage of the Greenlandic Inuit. How may that turn out, you ask? Well, we have found archaeological evidence that children would arrange hand sized stones to imitate small boats they could then sit in and (probably) practice throwing a miniature harpoon from. Sometimes, they also arranged the stones to imitate a miniature winter house. Children could also practice their balance on a balancing board before training this balance in the kayak at sea. Or children could hop along on the row of jumping stones that have been found historically in Greenland.

Imagine how valuable it would be to young Inuit of Greenland to grow up having their cultural heritage being reflected in the architecture of their homeland.

But this idea, which seems like a thought of the future, is actually already in the making. In Sisimiut Municipality a new kindergarten is being constructed, and there the sandbox on this new playground is planned to imitate exactly a winter house. Sometimes, we just preserve things best by renewing them, and this is indeed the case of the Inuit cultural heritage.

As construction work is only carried out during the summer months in Greenland, I hope soon to be able to take the new sandbox winter house into sight myself.

Have a lovely summer everyone and take care!

Photo: The wooden balancing board historically known from Greenland. Photo: Asta Mønsted
recent articles
Photo Diary 'From Preservation to Care' Workshop
Inshort
Events
takingcareproject
Follow us on Instagram and get updated with our latest content!
Decolonising the arts: languages, oralities and other forms to deconstruct museum culture
Events
takingcareproject
Inshort