Your message has been sent!
Thank you for contacting us. We will get back to you as soon as possible.
send a new message
close
Please login for the restricted user area here. It is designated for authorised users only.
Your message has been sent!
In hac habitasse platea dictumst. Vivamus adipiscing fermentum quam volutp.
send a new message
close
Home
About
Partners
Contact
login
logout
Press Legal notice
return
Words by Thandiwe Wilson

During the Matters of Care conference, we will be talking about objects in the Pitt Rivers Museum that highlight the impact we have as human beings on the planet. This week we are sharing a piece of artwork and thinking about what the artist hoped to communicate.

This eucalyptus bark painting was created by Nandabuda in the early 1950s with natural pigments including manganese for black, 'pipe' clay for white, red, and yellow ochre. Nandabunda is from Groote Eylandt, Northern Territory, Australia which is home to the Anindilyakwa Peoples. Anindilyakwa is the first language spoken by people who live on the Groote Archipelago. People living on Groote and Bickerton Islands are from the Warnindilyakwa and Nunggubuyu aboriginal cultural groups.

The Anindilyakwa people's creation story is called the Dreaming. It describes the birth of the region when the ancestral animals sang the geographic features into existence. The songlines of these spiritual beings track across the islands, they brought the people to th land and gave meaning, names and classification to the plants and animals. The Dreaming is valued for many reasons; being the foundation of culture, laying down laws and rules for interacting and respecting each other and the environment.

For thousands of years, this time-tested system of science and stewardship maintained ecological balance with an understanding of the many complex relationships between people and creatures. These obligations are divided up depending on your kin relationships and clan groups, which dictate the songlines that connect you with plants, animals  and environmental features. Sometimes, several clan groups can share ownership of responsibility because songlines are so interconnected.

In the details of this painting, you can identify fish, yimenda (a marine turtle) and dingarrbiya (a crocodile) documenting the ecology and resources provided by the makarda (seascape/saltwater) environment. Yumaduwawaya (stingrays), yukwurrirrindangwa (sawfish) helped to form the landscape in the Groote Eylandt area of Australia during the Dreaming:

“In the beginning the island was dark. Barnimbirra (morning star) brought daylight to the island and ever since then there has been a day and night. In creation times, Yumaduwaya (Stingray), Mungwarra (hammerhead shark) and Yukwurrirrindangwa, began their journey from the eastern coast of Arnhem Land. On their way to Groote Eylandt they stopped at Bickerton Island where they transformed themselves from human beings into sea creatures. They then continued their journey to Groote Eylandt. On the way, they agreed to go to the centre of the island and decided to enter from the north. Yukwurrirrindangwa however, said: “I’ll take a shortcut”. After the Yumaduwaya had left him, Yukwurrirrindangwa set off with a crowd of many different stingrays following him. Yukwurrirrindangwa led the way, probably because he was the biggest. Meanwhile, lirreba (the tide), was growing big. Yukwurrirrindangwa reached Groote Eylandt, came out of the sea, and started to cut his way through the land, using his teeth and nose as he went. As he cut out the land, and threw the earth aside, he created the Angurugu River. He opened a way for himself to travel towards Central Lake. As the water came in, the dirt was stirred up. Lirreba grew bigger and bigger and followed close behind Yukwurrirrindangwa. The stingrays used lirreba to continue following Yukwurrirrindangwa. Yukwurrirrindangwa then went to the centre of the island where he created Central Hill (Yandarrnga)”
[From Anindilyakwa Indigenous Protected Area Plan of Management & Land Council page] 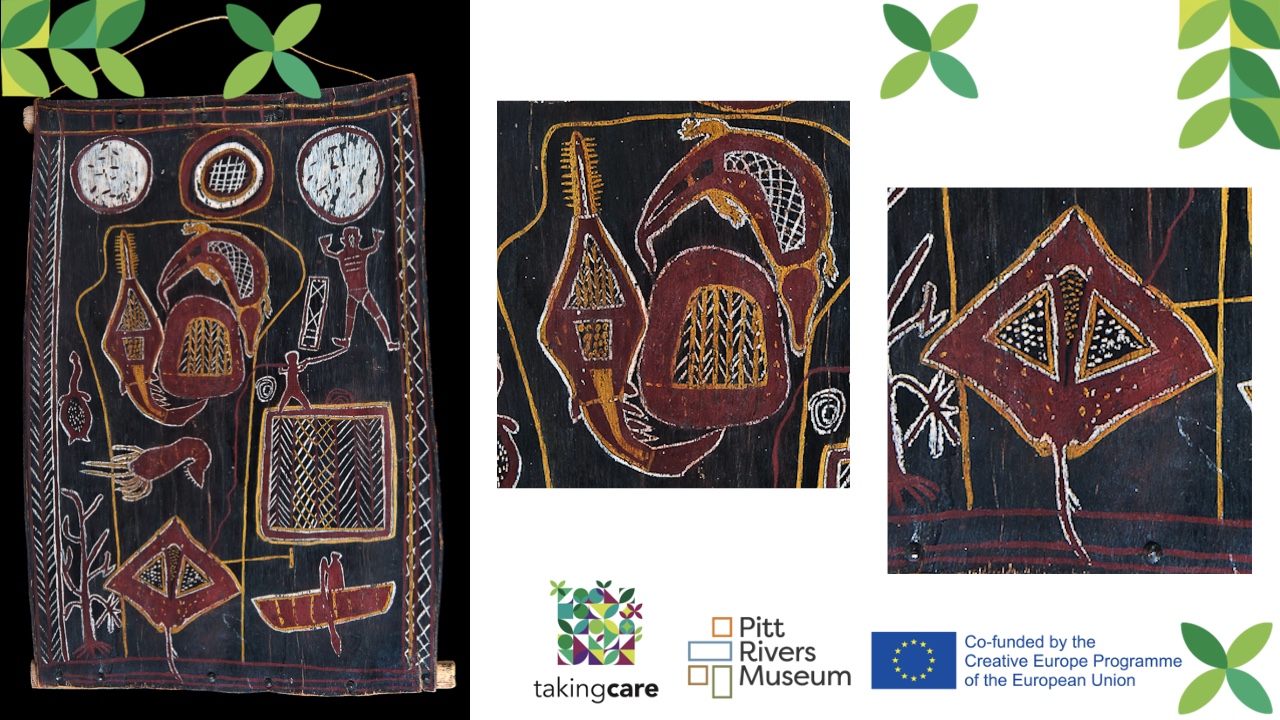