It Was in Spring ... A documentary film by Kanika Gupta

Art historian Kanika Gupta is the future activist-in-residence at the Slovene Ethnographic Museum. In her work, she explores ancient Indian art and mythology and connects them to the current environmental challenges including excessive construction and biodiversity loss. In her documentary film, entitled It Was in Spring ..., she tells the story of a house that has been demolished together with its garden and trees. The new multistorey building that replaced the old house has now been surrounded only with cement and concrete. 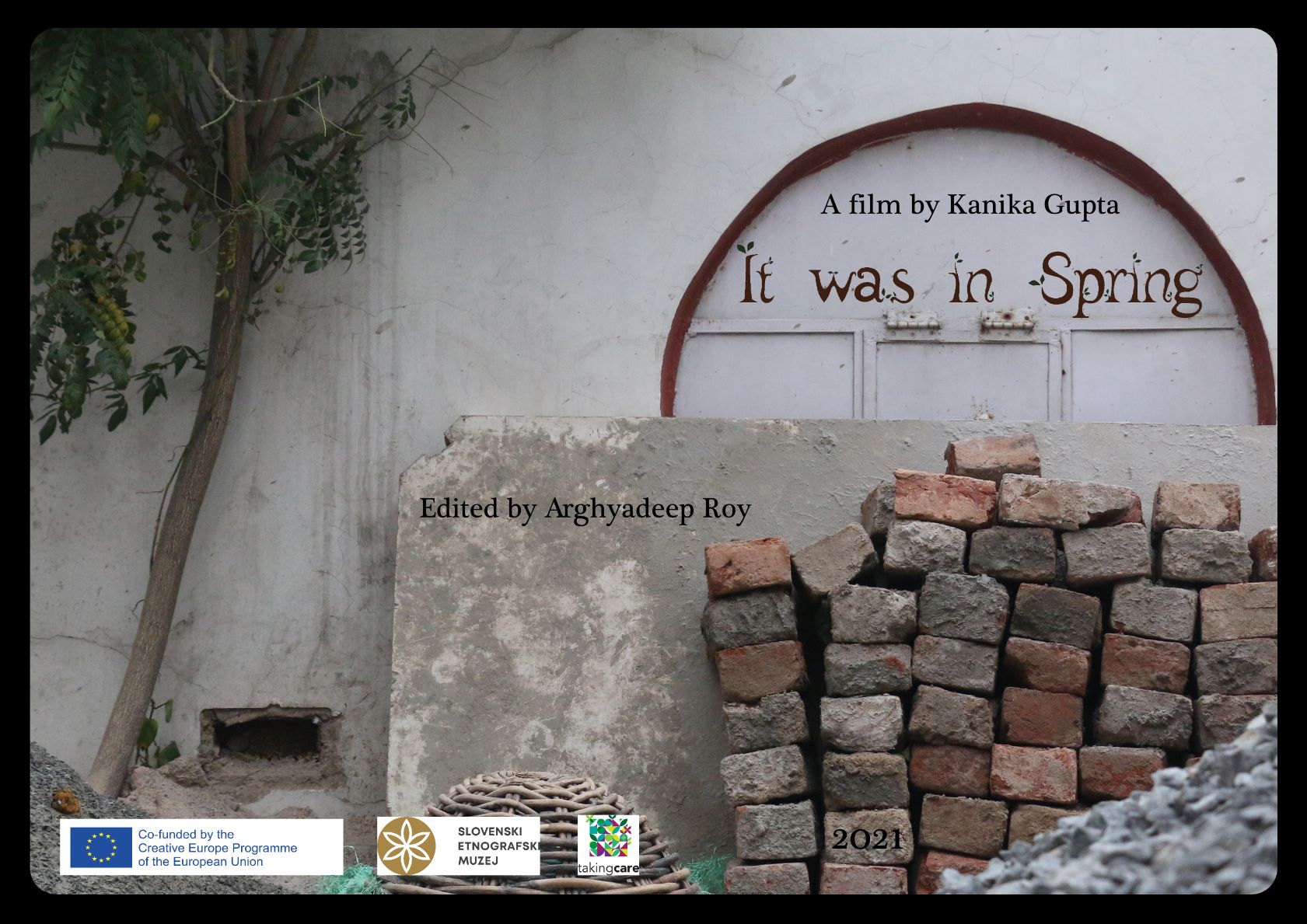 In this very personal film, that was shot in and around the house where Gupta was born and raised, the main character is nature. As an inspiration for the structure of the film, Gupta used Indian Barahmasa painting tradition, which depicts the twelve months of the year with its changing seasons and human activities. Like the Barahmasa, Gupta's film also starts in the spring season, and throughout the year we witness the transformation of nature, as well as get a sneak peak into the family's everyday activities and a ritual. The entirely ordinary events show us that the reconstruction of the house has been experienced differently by Gupta's family members. It is clear that for the creator of the film this was a traumatic occurrence. The event also reflects on the possibilities of a middle class Indian family that is able to afford such reconstruction, which in turn deepens the gap between them and less advantaged members of the Indian society.

In a very subtle way, Gupta shows the impact of excessive construction on the wellbeing of people. She uses sounds of nature, for instance birds singing, the sound of rain, tree leaves rustling in the breeze, this makes us aware that we usually see these natural elements as self-evident but they are not. She succeeds in creating a feeling of nostalgia for what has been lost with the loss of animals and plants that once inhabited the garden. What does it mean when birds, bees and other animals loose their home? How does it feel when the scent of roses is lost forever? What does it mean when there is no tree shade for a resident of a house to take a break under? How does it feel when she, looking out of the window, sees only greyness?

This film is a perfect starting point for a much needed discussions on how we want to walk the earth. It is high time for us to start acting and demanding the change. Not just in India but elsewhere around the globe.

Rewatch the conversation around the film here.