Weather has always affected cultural heritage sites and played a part in their gradual deterioration. Hot and humid weather, fires, floods and soil erosion have all contributed to their vulnerability. Additionally, all museum objects that were exposed to climate events during their usage tell us about climate conditions of a certain place and time. This is also the story of Chinese glazed roof tiles from the Slovene Ethnographic Museum (SEM) that were obtained by Ivan Skušek Junior, an Austro-Hungarian navy officer, during his captivity in the course of World War I in Beijing. Ceramic roof tiles (Chinese: 琉璃瓦) have been used in China since the Zhou Dynasty (c. 1046 – 256 BC). Their purpose was to protect the architectural structure from the rain, snow, wind, sun, heath and cold, as well as to weigh down the building, since traditional Chinese architecture did not have heavy, load-bearing walls. Being placed on the roofs, those ceramic tiles were exposed to all kinds of weather conditions. It is the responsibility of the museum to take a proper care of them now and try to slow down the process of their decay. 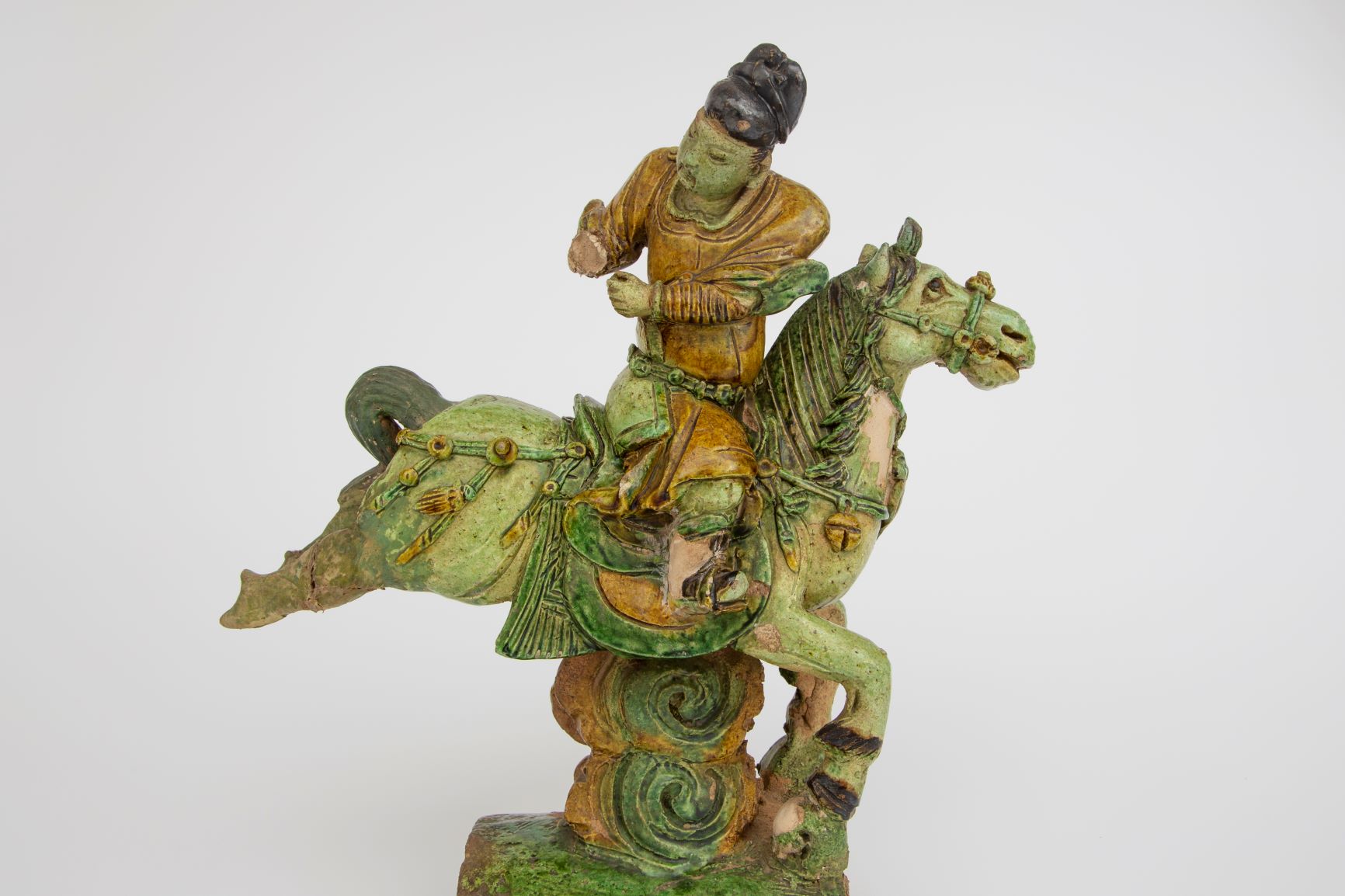 For more information on cultural relations between Slovenes and Chinese during the Qing dynasty we offer an article by Mitja Saje.