This panel thought through environmental justice as both a concept and a practical reality of 'making exhibits.' 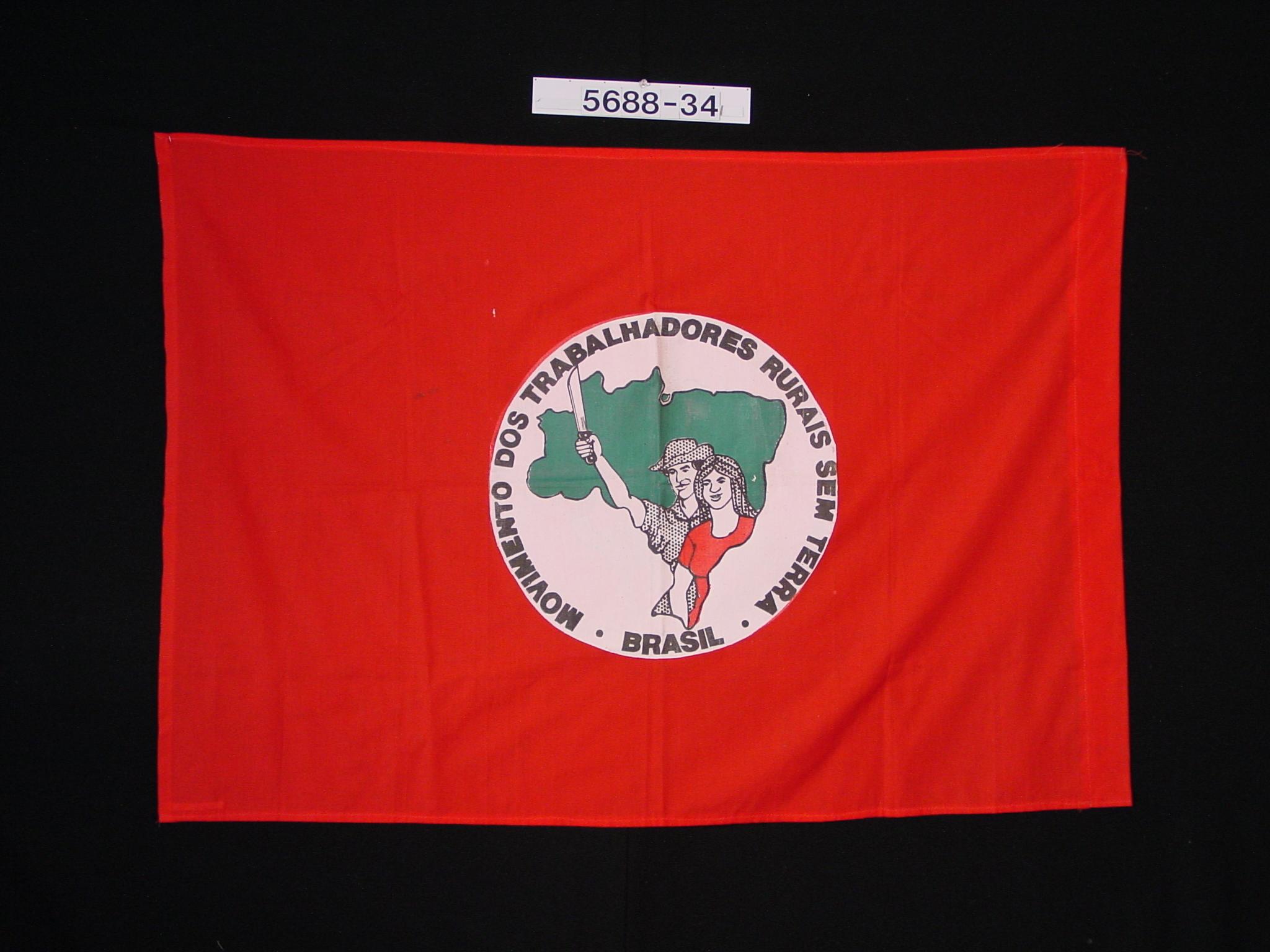 Red flag of Brazil’s Landless Workers Movement, the Movimento dos Trabalhadores Rurais Sem Terra (MST). The MST represents a mass social movement, formed by rural workers and by those who struggle for land reform and against injustice and social inequality in rural areas. The flag was purchased by Drs. F.W.M. (Frans) Fontaine for the 1996 Tropenmuseum exhibition Amazonia. TM-5688-34

The speakers Kyle White, Heater L. Igloliorte, Rolando Vázquez Melken and the moderator Wayne Modest touched upon questions such as:

Kyle White: 'The Timing of Justice'

"...impacts on global change thought linear is a western approach (on change), this misses how other groups narrate and think about Climate Change"

"...danger of losing living places as the current intertwined events and effects are causing global reactions, this is creating an urgency of embedding CARE into our practices"

Rolando Vázquez Melken: 'Connect epistemic justice to earth justice in relation to what is at stake in ethnographic museum'

" Museums displace the objects of their worlds of meaning..."

Click here for more on the panel and rewatch it on the Research Center for Material Culture's Facebook page.