Your message has been sent!
Thank you for contacting us. We will get back to you as soon as possible.
send a new message
close
Please login for the restricted user area here. It is designated for authorised users only.
Your message has been sent!
In hac habitasse platea dictumst. Vivamus adipiscing fermentum quam volutp.
send a new message
close
Home
About
Partners
Contact
login
logout
Press Legal notice
return
Words by Thandiwe Wilson 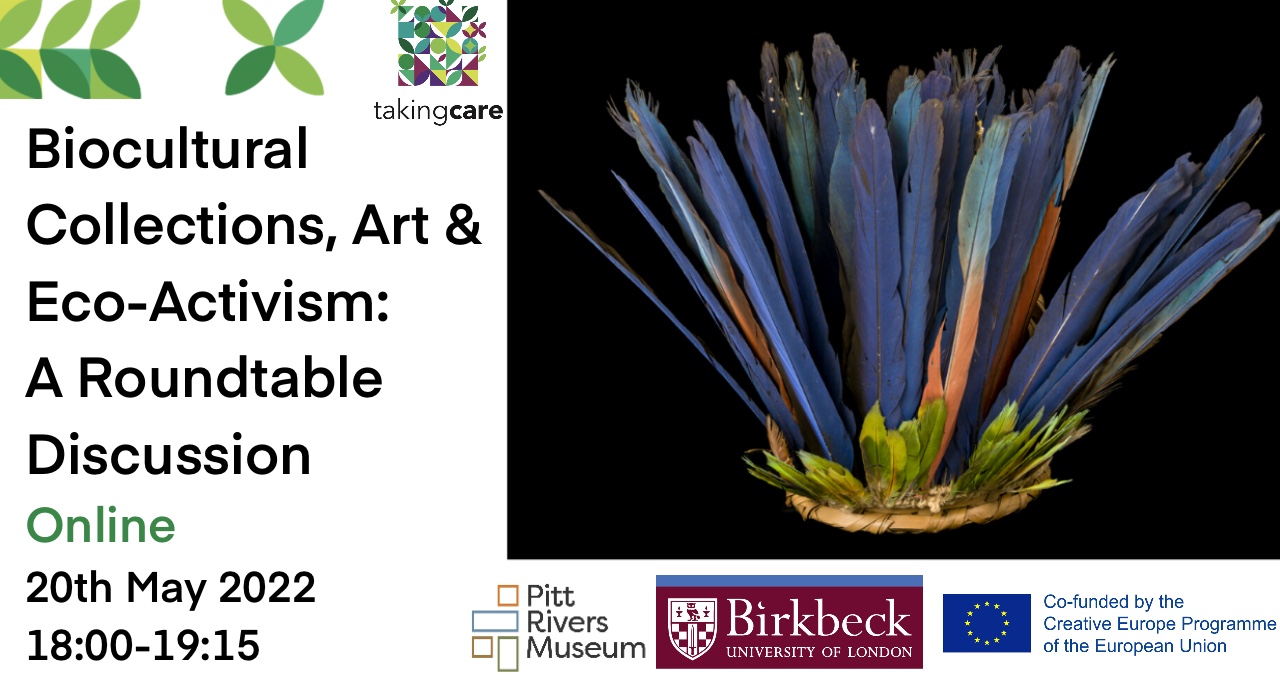 The roundtable is co-organised with CILAVS or the Centre for Iberian and Latin American Visual Studies (Birkbeck) in association with the Pitt Rivers Museum (Oxford), through the Museum's involvement with the Taking Care project (Ethnographic and World Culture Museums as Spaces of Care).

This event will have simultaneous translation from Portuguese to English.

Professor of Latin American Visual Cultures, Department of Languages, Cultures and Applied Linguistics at Birkbeck/University of London; Assistant Dean for Research, School of Arts; Co-Director of CILAVS; and Visiting Researcher at the Royal Botanic Gardens, Kew. Her research considers the role of visual and material culture in the scientific exploration of Latin America.

An Indigenous artist from the Baniwa community; he is Indigenous and he is an artist, and his Indigenous being leads him to invent another way of making art, where processes of imagining and making are by force interventions in a historical dynamic (the history of the colonisation of Indigenous territories that we know today as Brazil) and interpellations to those who meet him to embrace his responsibilities.

Célia, is from the Serra do Padeiro village,located in the Tupinambá de Olivença Indigenous Land, in the south of the State of Bahia (Brazil). She currently participates in the political and religious life of the Tupinambá community (involved in issues such as education, productive organization,social services and women’s rights) and is a professor at the Tupinambá Serra do Padeiro State Indigenous College (CEITSP). She is studying the Indigenous Intercultural Degree at the Federal Institute of Education, Science and Technology of Bahia (IFBA). She also worked at other Indigenous associations and was a member of the National Commission for Indigenous Policy (CNPI). And she currently represents her community with the United Nations Entity for Gender Equality and the Empowerment of Women (UN Women). In 2015, she made the documentary Voz das Mulheres Indígenas (‘Voice of Indigenous Women’). Since then, she has continued to work on videos together with the youths from Tupinambá community.

Anthropologist and Professor at the National Museum, Rio de Janeiro, did extensive fieldwork with the Tikuna Indians of the Brazilian Amazon. Author or organizer of 14 books and over 140 articles or book chapters. Supervised 90 theses and dissertations in Social Anthropology. Curator of the ethnological collections of the National Museum. In 2006 organized the exhibition ‘Os Primeiros Brasileiros’, shown in 12 Brazilian capitals, which in 2021, became the first virtual exhibition of the National Museum. Along with indigenous leaders he was one of the founders of the Maguta Museum (1991), based in Benjamin Constant / Amazonas, the first indigenous museum in Brazil (www.jpoantropologia.com.br).